The meaning of the HDMI interface

The HDMI interface is also called High Definition Multimedia Interface (HDMI). It is a digital video/audio interface technology and is a dedicated digital interface suitable for image transmission. It can simultaneously transmit audio and video signals. It is not necessary to perform digital/analog or analog/digital conversion before signal transmission.

In simple terms, the HDMI interface is an interface for the transmission of video and audio signals. The content-manufacturing device can transmit video and audio to the viewing device with high efficiency through HDMI. Such interfaces are more common in smart TVs, set-top boxes, projectors, and other devices, and their interfaces are inverted trapezoidal and relatively flat. As shown below: 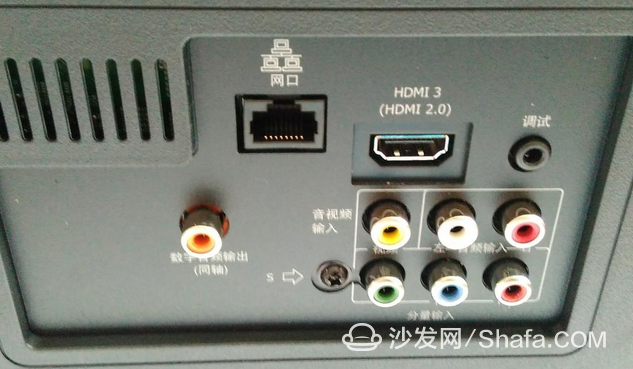 The Evolution of HDMI

In fact, the technology that first appeared in the transmission field was DVI instead of DHMI. The appearance of the DVI interface was also widely used in the output field at that time, but with the development of digital high-definition audio and video technology, the DVI interface also gradually exposed various problems. Even to some extent, it has become a bottleneck in the progress of digital imaging technology. Therefore, whether it is an IT manufacturer, a flat-panel TV maker, or many publishers in Hollywood, there is an urgent need for a better interface technology that can meet the development of the future high-definition video industry, and it is for these reasons that it has prompted the HDMI standard. The birth.

The earliest HDMI 1.0 version was launched in December 2002. Its biggest feature is the digital interface that integrates audio streaming. Compared with the popular DVI interface in the PC interface at the time, it is more advanced and convenient. HDMI 1.0 supports video streaming from DVD to Blu-ray format, and has CEC (consumer electronics control) function, which means that in the application, it can form a common connection between all connected devices, and has more convenient control over device groups. .

In May 2004, the HDMI 1.1 version was interviewed. Added support for DVD audio.

The HDMI 1.2 version was launched in August 2005, largely solving the problem of low resolution supported by HDMI 1.1 and poor compatibility with computer equipment. Version 1.2 of the pixel clock operating frequency reached 165MHz, the amount of data to 4.95 Gbps, so you can achieve 1080P. It can be considered that the 1.2 version solves the point-to-point problem of TV 1080P and computers.

The HDMI 1.3 update in June 2006 brought the biggest change to increase the single-link bandwidth frequency to 340MHz, which also enabled these LCD TVs to receive 10.2Gbps data transmission volume. The 1.3 version of the line is composed of 4 pairs of transmission channels. One pair of channels is a clock channel, and the other three are TMDS channels (minimizing the transmission of differential signals). Their transmission speeds are 3.4 GBPS. Then 3 pairs is 3*3.4=10.2GPBS. It is able to greatly expand the 24-bit color depth supported by HDMI1.1 and 1.2 to 30-bit, 36-bit and 48-bit (RGB or YCbCr). HDMI 1.3 supports 1080P; some less demanding 3D also supports (theoretically does not support, actually some may).

HDMI 2.0's bandwidth has been expanded to 18Gbps, supports plug-and-play and hot-swappable, supports 3840Ã—2160 resolution and 50FPS, 60FPS frame rate. At the same time support up to 32 channels in audio, and the highest sampling rate of 1536kHz. HDMI 2.0 does not define new data lines and connectors and interfaces, so it can maintain perfect backward compatibility with HDMI 1.x. Existing Type 2 data lines can be used directly. HDMI 2.0 will not replace HDMI 1.x, but based on the latter's enhancements, any device that wants to support HDMI 2.0 must first ensure basic support for HDMI 1.x.

HDMI 2.0a has not changed much. Its main update is only one place, that is, adding support for HDR format transmission, which can significantly enhance image quality.

Here we use this map to understand the difference between them.

HDMI interface is divided into A, B, C, D4 types. Among them, Type A is the most common type. In general flat panel TVs or video equipments, this type of interface is provided. Type A has 19 pins, a width of 13.9 mm, and a thickness of 4.45 mm. Now the equipment can be seen. 99% of this size is the HDMI interface.

Type B is very rare. It has 29 pins and a width of 21 mm. The transmission bandwidth is almost twice as big as that of the A class. It is totally â€œstrongâ€ in home applications. Now it is only used in some professional occasions.

Class C (Type C) is born for small devices, its size is 10.42 Ã— 2.4 mm smaller than Type A is nearly 1/3, the application range is very small, mostly used in smart phones and other equipment.

Type D is the latest interface type, with a further reduction in size, a double-row pin design, and a size similar to the miniUSB interface, making it more suitable for portable and in-vehicle devices. 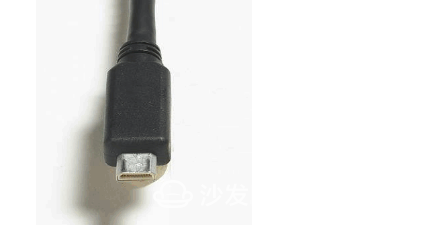 Although the HDMI interface is different, but the function is the same, usually the quality of the HDMI interface, plug life is not less than 5,000, plug and play every day for 10 years, it should be said that it is very durable. Also worth mentioning is that HDMI can be backwards compatible with the DVI interface, through the commercial HDMI-DVI adapter, you can connect some older DVI devices, because DVI also uses the TMDS method, after the device is connected, you will find the DVI device Without CEC (consumer electronics control) function, audio signals can not be accepted, but basically do not affect the transmission of video signals (there may be need for gray scale adjustment), so some monitors with only DVI interface can also connect HDMI devices.

In addition to the different types, the HDMI interface also has different functions. As shown below: 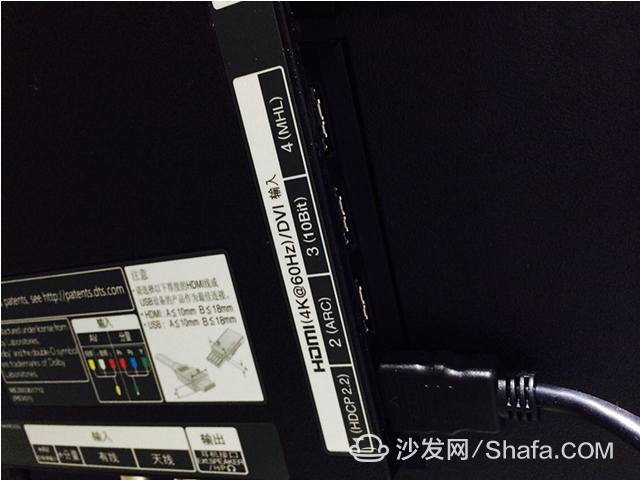 The first one: HDCP 2.2, this technology protects high-value digital movies, TV programs, and audio content from illegal theft and copying.

The second one: HDMI-ARC (Audio Return Channel, voice return channel) function, which is used for the output of TV digital audio, can be connected to a power amplifier that also supports ARC function, and transmits the sound of the TV to the power amplifier.

The third: bit refers to the color depth, the general notebook screen is 6bit, some of the high-end 8bit, special professional 10bit, can be understood as the color depth of 2 to the 10th power, and 10bit also refers to a video encoding technology, can provide The very high video quality can show remarkable sophistication in terms of color progression and change, but the configuration requirement for playing 10 bits is still very high.

Finally, we summarize the advantages of HDMI:

1.Quality: HDMI is a digital interface. Since all analog connections (such as component video or S-video) require no loss when converting from analog to digital, it can provide the best video quality. This difference is particularly noticeable at higher resolutions, such as 1080p. Digital video will be sharper than component video, eliminating the softness and smearing found in component video. Small, high-contrast details, such as text, make this difference work to the extreme.

2. Ease of use: HDMI integrates video and multichannel audio in a single cable, eliminating the cost, complexity, and confusion of multi-cables used in current A/V systems. This is especially useful when upgrading or adding devices.

3. High intelligence: HDMI supports two-way communication between a video source (such as a DVD player) and the DTV, implementing new functions such as automatic configuration and one-click playback. By using HDMI, the device automatically transfers the most efficient format for connected displays (eg 480p vs 720p, 16:9 vs 4:3) eliminating the need for consumers to scroll through all formatting options to guess the best viewing format.